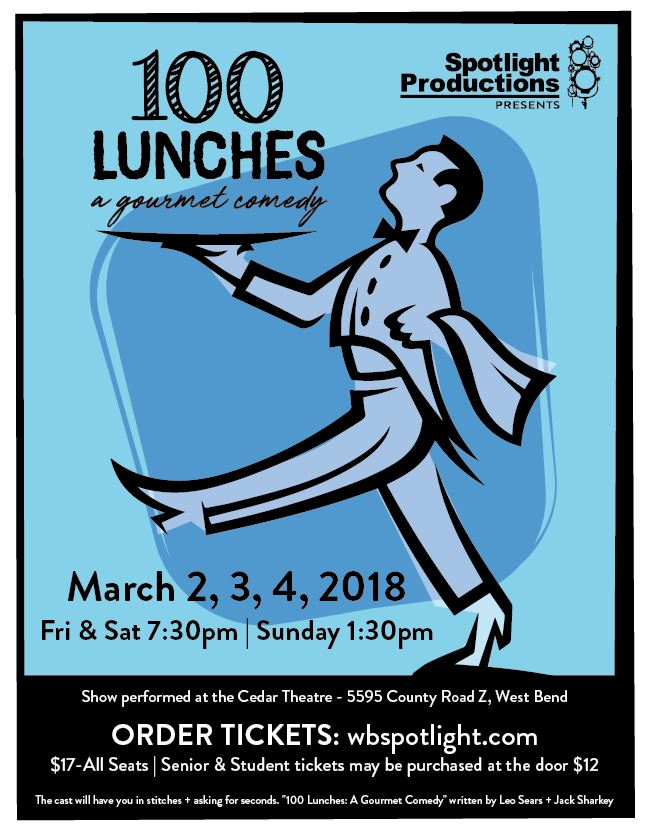 Successful mystery playwright Chuck Reynolds has had his plays lauded by all critics except Charity Starr. When she shows up at his home and has the unmitigated gall to ask his expert help in writing a play of her own, Chuck fiendishly insists that their teacher/pupil sessions be held over lunch with Charity footing the bill at the most expensive restaurants in New York City. Lunatic waiters provide a uniquely hilarious touch to these meetings. Love blossoms despite the scheming of Chuck’s amorous neighbor. Charity’s play opens on Broadway and she finds out what it’s like to be a target for all her critical confreres. Non stop fun, romance, and explosive hilarity make this an ideal show for the entire family.

“100 Lunches isn’t too difficult to digest…Will be a favorite across the country…[The Waiter] was funny, taking exaggeration to its height as seven related waiters [with] a different costume, demeanor and accent for each, adding a touch of lunacy to the menu.” – The Arizona Republic 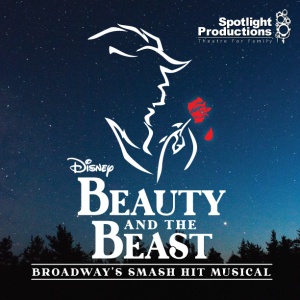